For a monitoring program to be compiled, the testing frequencies must be considered. There are guidelines for this in both the European and the American directives. Whereas in Europe, testing at the end of a process is sufficient, the FDA Aseptic Guidance requires that monitoring takes place during the manufacturing and filling activities. If the operation has several shifts, the daily monitoring should also cover every shift. This is interpreted generally to mean that testing takes place at intervals spread out over the entire production process. FDA investigators also require concentration on the actual filling area.

The Annex 1 to the EU GMP Guideline (see Annex 1: Manufacture of sterile medicinal products) contains specific information about testing frequencies. Microbiological monitoring is required during production for aseptic processes, in the same way as required by the FDA. Whereas FDA investigators expect measurements to be spread out over the entire production process, Annex 1 of the EU GMP Guide is satisfied with monitoring air during or at the end of production. From now on, FDA investigators require concentration on the actual filling area, and they would also like to see a long period of time covered for air monitoring.

Figure 1 gives a compilation of frequencies for sterile areas that have been accepted by the FDA. 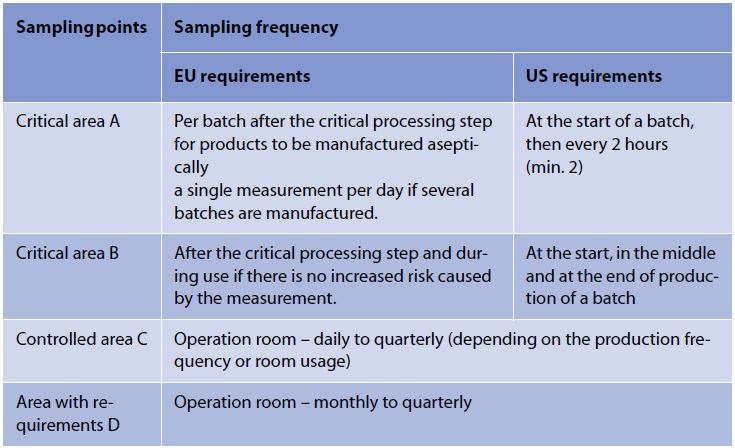 The Annex 1 to the EU GMP Guideline contains information about testing frequencies for surfaces, too. Microbiological monitoring is required during production for aseptic processes, in the same way as required by the FDA. FDA investigators expect general measurements to be spread out over the entire production process. By contrast, the Annex 1 of the EU GMP Guideline requires that the sample is taken at the end of a critical process step so that the drug product is not endangered.

Figure 2 shows frequencies for surface testing in sterile areas that have been accepted by the FDA. 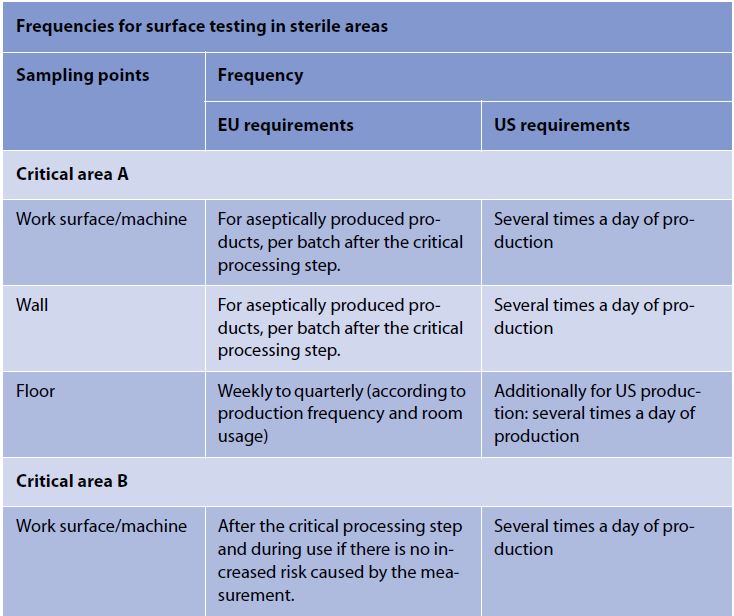 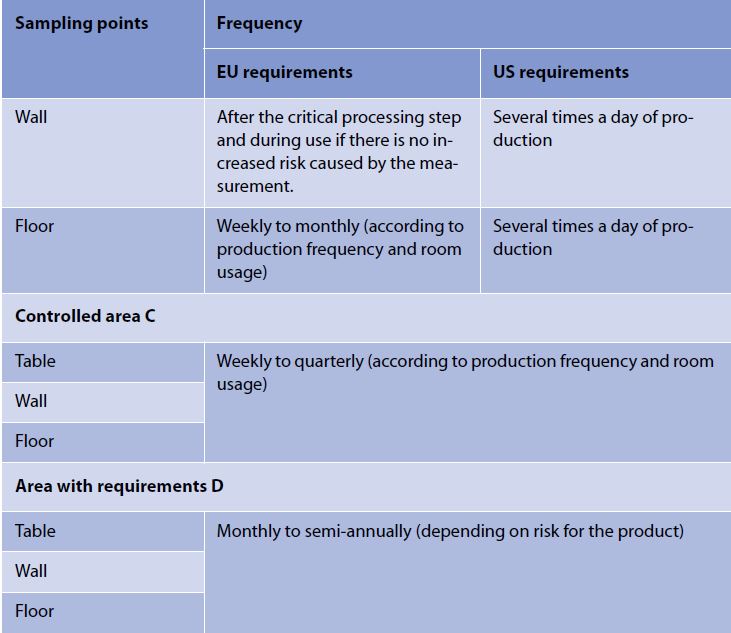 In this GMP Series PDF Download Microbiological Monitoring in Pharmaceutical Manufacturing you will find answers to the following questions:

Get started now! Order your copy of Microbiological Monitoring in Pharmaceutical Manufacturing